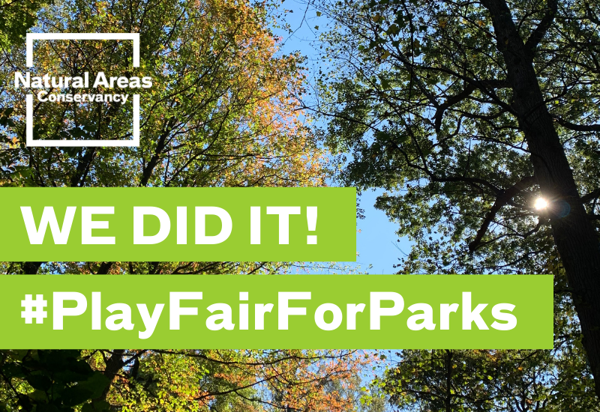 Last week, the Mayor and New York City Council passed the FY22 budget.  The Natural Areas Conservancy announced that the NYC Parks’ budget has been restored to 2020 budget levels — including $8 million for nature and resiliency!

The Conservancy thanks NY4Parks outreach, together with the Play Fair coalition they gave voice to New York City’s parks and natural areas. All of the Play Fair asks were funded through the full fiscal year — and the $8 million in funding will help improve the city’s gardens and allow NYC Parks to resume their work in natural areas.

The Natural Areas Conservancy is a proud member of the Play Fair for Parks coalition, joining 300+ groups and organizations leading a multi-year advocacy effort to elevate parks and open space issues in NYC. The coalition was co-founded by New Yorkers for Parks, the New York City Council, the New York League of Conservation Voters, and DC 37, the NYC Parks workers’ union.

For more information on these efforts visit: ny4p.org/what-we-do/play-fair