ASLA-NY: The Landscape of Seneca Village 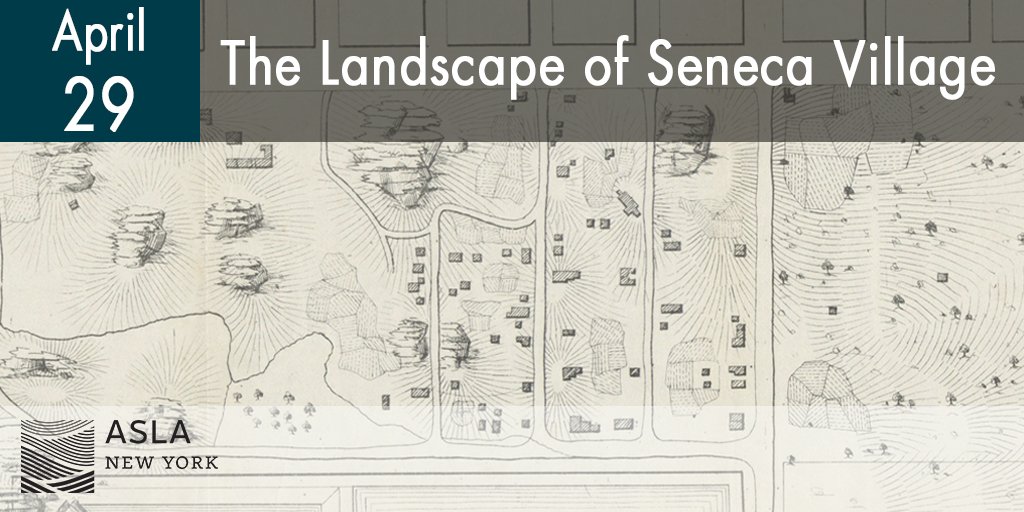 Since the 1990s, historians and archeologists have been working to uncover the history of Seneca Village, the predominantly Black community that existed between 1825 and 1857 on part of the land that became Central Park. This virtual lecture will cover the research and rediscovery of this highly significant settlement, focusing on recent work by the Central Park Conservancy to better understand what the landscape was like during this period and how residents interacted with it.

Marie Warsh is a landscape historian and writer who has worked for the Central Park Conservancy since 2005. She is the author of numerous articles about parks and playgrounds as well as the book Central Park’s Adventure-Style Playground: Renewal of a Midcentury Legacy (2019). For the past several years she has been focused on researching Seneca Village.

Image credit:
Egbert Viele, detail showing the area of Seneca Village from Map of the lands included in the Central Park, 1856. Courtesy of NYC Municipal Archives.

REGISTER BELOW:  This is a two part registration.  Prior to the event you will receive a link to a Zoom Registration, you must complete that in order to get the link to the webinar