4 CEUs & a Beer: Funding Opportunities and Strategies for Landscape Architects

Join us at the Center for Architecture for the first in-person 4 CEUs and a beer program in 3 years! This program will be an interesting session with City and State Representatives speaking about their funding programs for economic advancement, and project grants.

Green Roof Incentives
Melissa Enoch is Managing Director, Green Infrastructure Capital Planning & Partnerships at the New  York City Department of Environmental Protection (DEP). In this capacity, Melissa leads the New York  City Green Infrastructure Program’s capital planning and efforts to scale-up stormwater source controls  across NYC through incentives, strategic initiatives, and partnerships. Her work plays an integral role in  New York City Green Infrastructure Program management, compliance, and research and development.  Melissa has over a decade of environmental planning, stormwater management, and land use review  experience in state and local government and holds an M.S. in Environmental Science and an M.P.A.,  from the O’Neill School of Public and Environmental Affairs at Indiana University. 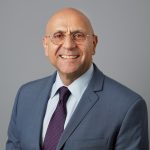 Len Greco is a Senior Vice President in the Capital Program of the New York City Economic Development Corporation.  The department manages a multi-billion-dollar portfolio of 100+ projects in various phases of design and construction, with a staff of 35 engineers, architects, landscape architects, and other technical and administrative project support staff.  Len provides oversight on design and construction services for a wide variety of capital projects that includes parks and open space, cultural facilities, libraries, streetscapes, waterfront developments, and many other special projects.  He is a graduate of Cook College at Rutgers University and holds a Bachelor of Science in Landscape Architecture.

Gowanus Lowlands: Advocacy and Stewardship in an evolving Public Realm
Andrea Parker has a passion for regenerating urban green infrastructure through civic engagement.  As the Executive Director of the Gowanus Canal Conservancy, she works to empower a community of environmental stewards and design advocates in the rapidly changing Gowanus Watershed.  As an instructor at City College of New York, she engages landscape architecture students with the complex ecological, economic and cultural forces at play in New York’s dynamic urban ecology. In her previous work as a Landscape Designer, she focused on urban and community resilience after Superstorm Sandy. Her prior background as a gardener and nursery propagator enriches her design work with a pragmatic understanding of how landscapes are built and maintained.  She received a BA from the University of Chicago, studied Landscape Horticulture at Merritt College, and received a Masters in Landscape Architecture from the University of Virginia.

State Funding for Planting, Restoration, and Green Infrastructure Projects
Timothy Wenskus has 30 years of experience managing and restoring natural resources in the NYC area. He is currently NYS DEC’s Regional Forester for New York City. He previously worked in the Natural Resources Group (NRG) of the New York City Department of Parks & Recreation, holding the titles of Senior Forester, Special Projects Manager, and Deputy Director.  He received a B.S. in Forest Resource Management from SUNY College of Environmental Science and Forestry.  He is a founding father of Parks’ forest restoration program, managing tens of million dollars of woodland restoration projects including reforestation, invasive species control, and slope stabilization, as well as NRG’s portion of the Million Trees NYC initiative.  Before joining Parks, Mr. Wenskus was a Forest Manager with the Urban Forest and Education Program (UFEP) of the City Parks Foundation and spent time with the US Forest Service. He is a regional expert on restoration and invasive plant management, and has lectured at Rutgers, Columbia, and the University of Pennsylvania 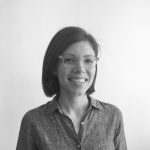 Emily Weidenhof is the Director of Public Space, NYC DOT

Emily works closely with community organizations throughout the five boroughs to transform their streets as public space. Her focus for over a decade has been the role of the public realm in strengthening communities from plazas and shared streets to retooling the curb lane and innovative programming and concessions. Most recently Emily lead on the creation of pandemic response programs to support neighborhoods and businesses citywide including Open Restaurants and Open Streets. Emily has worked as an Architect and Urban Designer in Pennsylvania, New Jersey, and New York including at the NYC Department of City Planning. She has researched and edited two publications with The Earth Institute at Columbia University on the potential impacts of natural gas extraction to the Upper Delaware community and on strategies for maintaining sustainable agriculture in the Catskill Region. She has researched and lectured on the importance of open space in the chawls in Dharavi in Mumbai, India and the role of streets and public space in preserving cultural heritage in rapidly developing Asian cities such as Hong Kong. Emily received her B. Arch from the Pennsylvania State University and her M.S. in Arch & Urban Design from Columbia University where she was an Adjunct Assistant Professor of Architecture and taught for five years with the MSAUD Studio

Mr. Key has been involved in the green industry for 29 years as an owner of DeepRoot Green Infrastructure, LLC. Together with his partners, he co-invented the SilvaCell® and  has received several patents for his inventions which address trees and storm water management in the urban setting. He has written for wide range of publications, including the Journal of Arboriculture and Civil Engineering News. As Vice President he established a representative network nationwide, set up major distributorships, and has been instrumental on projects such Metropolitan Museum of Art, USTA Billie Jean King Tennis Center and the MIT SOMA Center at Kendall Square, Cambridge MA.  Mr. Key is a former Board Member of TreesNY, a Bronze Level Sponsor of the American Chestnut Foundation, a Forestry Committee member of the Wantastiquet Trout Club, and an Affiliate Member of the American Society of Civil Engineers (ASCE).

This session will be followed by a networking happy hour to continue the conversation.