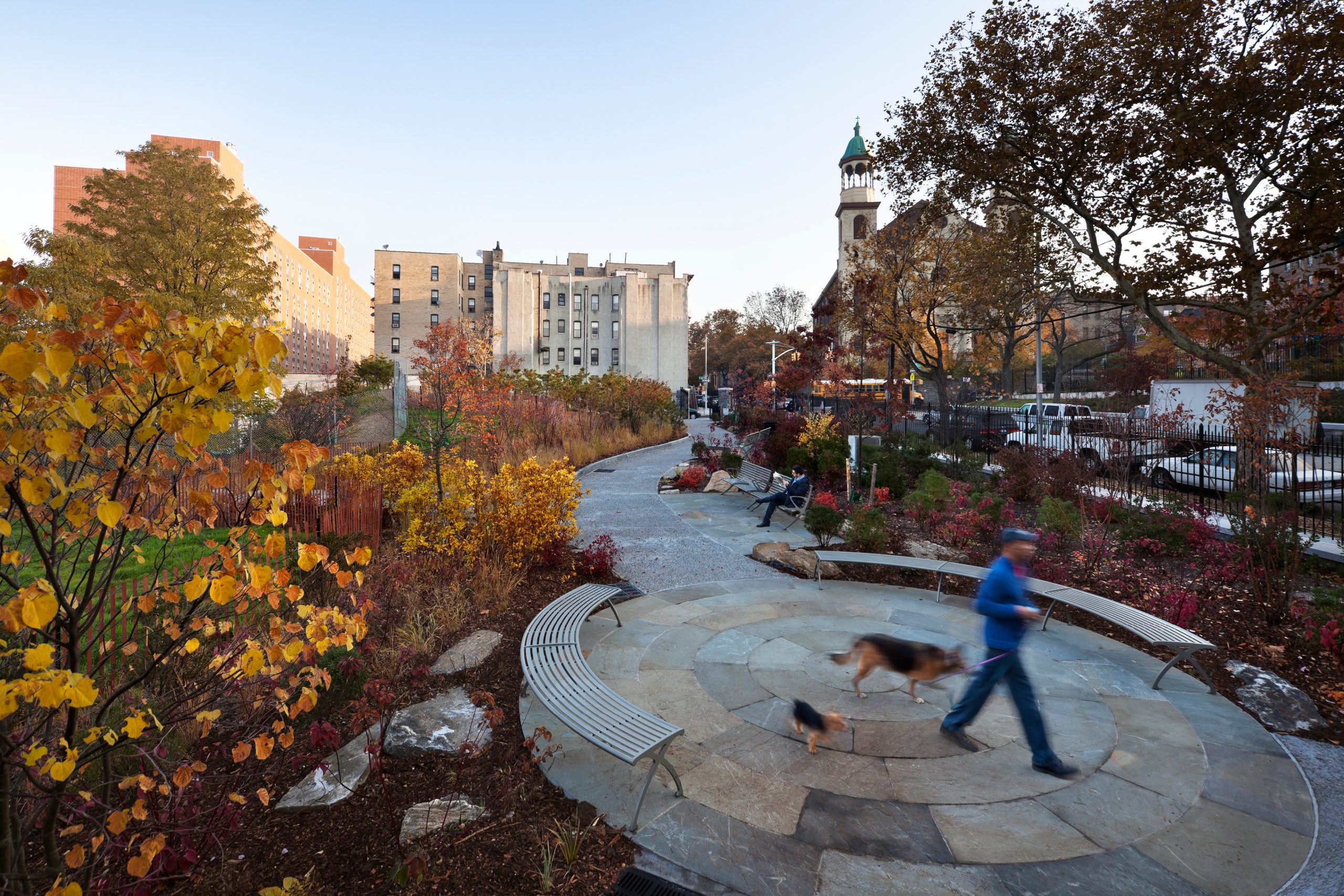 This new park was named for Estella Diggs, a beloved local civil rights advocate and the first African-American woman elected to the New York State Assembly. The design was inspired by visible and non-visible site features. Brick and stone rubble littering the lot were tangible reminders of the buildings and inhabitants that once occupied the site. At Estella Diggs Park, poetry emerges from walls constructed of salvaged material.

Glacial erratics uncovered during site excavation are reused as landscape features and stair edges. The dramatic rock outcropping and topographical features of the park make it a microcosm of the Bronx itself, with its rugged hills, green spaces, and dense urban fabric. The choreographed layout of walking trails, seating areas, and view spots facilitate and enhance exploration of the park’s varied topography. Nature, culture, and history converge at Estella Diggs Park, a lush oasis for residents of an intensively urban neighborhood. Nancy Owens Studio demonstrated that it was possible to bring high quality design to a neighborhood that is not in the public spotlight.