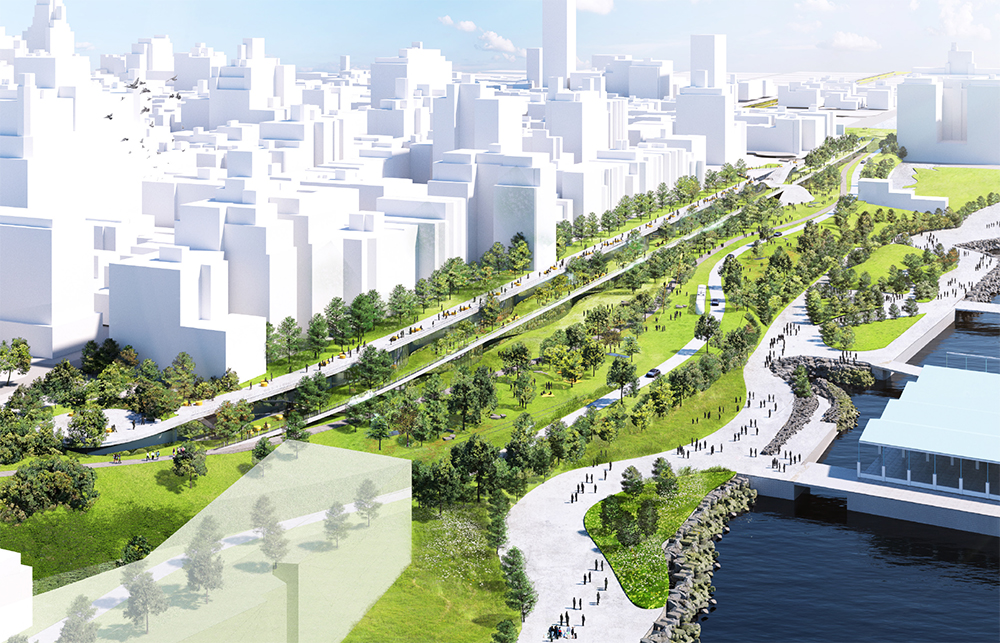 The BQE, built by Robert Moses in the 1950s, is an iconic piece of New York City infrastructure that has accommodated car and truck traffic for more than 60 years. As the triple-cantilever structure along Brooklyn Heights shows signs of corrosion and aging, NYC has taken on the challenge of repairing the roadway, spanning from Sands Street in DUMBO to Atlantic Avenue in Cobble Hill. As a contribution to the public conversation, we have developed the BQP – turning the BQ-Expressway into a BQ-Park, while still accommodating significant vehicle flows along the route. The BQP provides a platform for adding significant new parkland along an underused corridor, while connecting Brooklyn Heights to Brooklyn Bridge Park with a preserved or re-constructed cliffside – crisscrossed by rampways, greenery, and park amenities. Local park access is accommodated on a meandering parkway, while space is created for a potential public transit corridor. The proposal extends south to Atlantic Avenue – where it creates a new crossing and urban nexus, and the beginnings of a linear park which could eventually connect DUMBO to Red Hook!