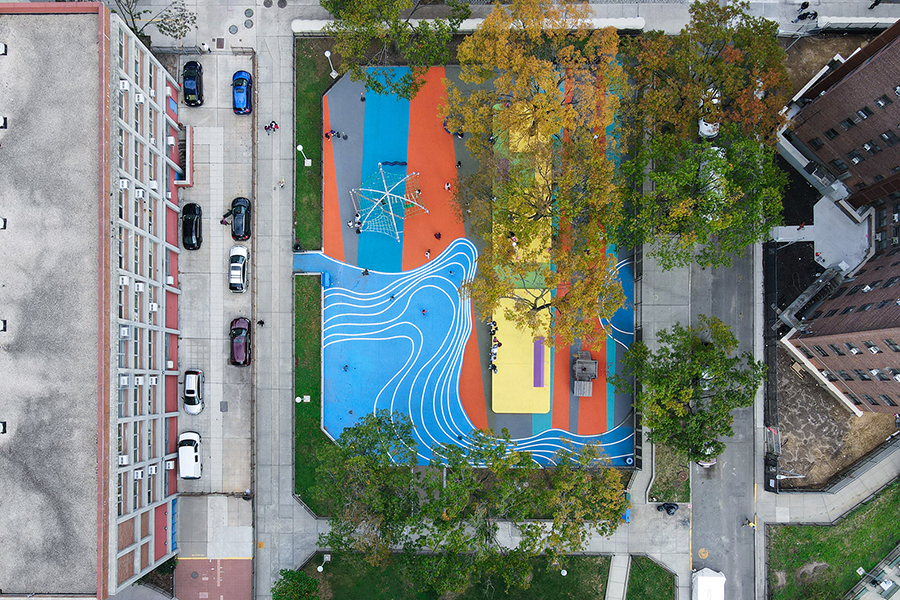 When the Tenant Association at Smith Houses’ received only $384,958 of FEMA funding to repair two of its campus playgrounds after Superstorm Sandy, they didn’t back down from their dream of an updated, multigenerational playspace for their community. Instead, they organized. Strong resident voices led the way in coordinating city and state agencies. By raising an additional $500K from NYS and reclaiming historical amenity space from NYCHA sanitation, an ambitious adventure in bringing together two separate contractors funded by two different government agencies—all under the direction of one landscape architect—resulted in a larger, brighter, natural playspace that ushers in a new generation of NYCHA playgrounds, free from the ubiquitous metal structures and black matting of the past.